What would you do if you discovered the wedding dresses that your mother, your grandmother and your great-grandmother wore for their weddings? If you add your own wedding dress to this, that makes four generations of wedding dresses! According to what we have discerned from ABC News, Colleen Dejno, a 33 year-old lady from Minnesota in the United States, has been lucky enough to have this happen to her. The result: nostalgic and totally beautiful. 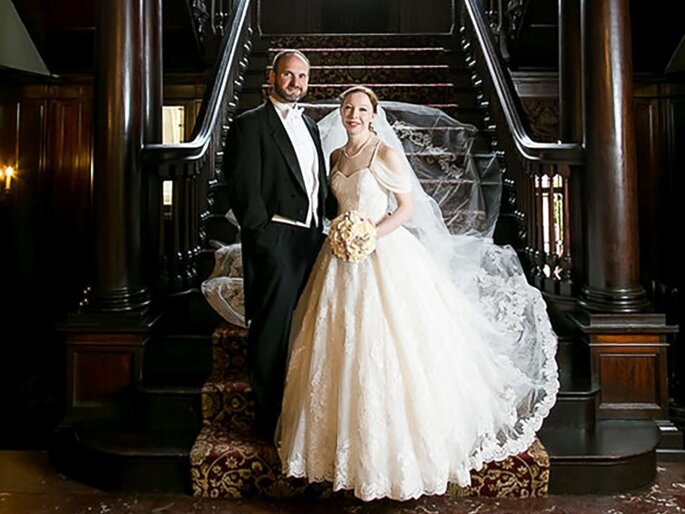 It all started when Colleen found out something which took her by surprise: her mother had kept her great-grandmother’s wedding dress! She had no idea that this antique piece, which dates back to 1910, was being kept in her mother’s wardrobe, totally forgotten about and gathering dust. At that moment, her amateur designer alarm bells started ringing so loud that they woke the neighbours. “I thought, ‘Oh my gosh, we have a dress that’s over 100 years old, I have to see it.'”, the bride explained to the US press. So what was she going to do with it?

Colleen was struggling to think of ways that she could use this dress, but the plan started to take shape when she remembered that her mother, Patricia Cotter, had kept the dress that she wore to her wedding in 1973. Then came the realisation that her aunt had kept the wedding dress belonging to her grandmother, Edith Jane. At this stage, the plan was confirmed in her mind: a nostalgic wedding photoshoot.

The bride-to-be delved into photo albums and family documents until she came across various photographs from her past. Amongst them were snapshots of the women in her family at their weddings, well-kept despite the inevitable wear and tear due to their age. What’s more, this brief trip down memory lane allowed her to look at the fine details so that she could find accessories and objects to help her to replicate the scenes, with a little help from the professionals. This is the point at which Jeannine Pohl became part of the plan. The photographer would be the person in charge of capturing the moments, just as they happened in the past. They used the same venue for this photoshoot as Colleen and her fiancé would use just a few weeks later for their own wedding. 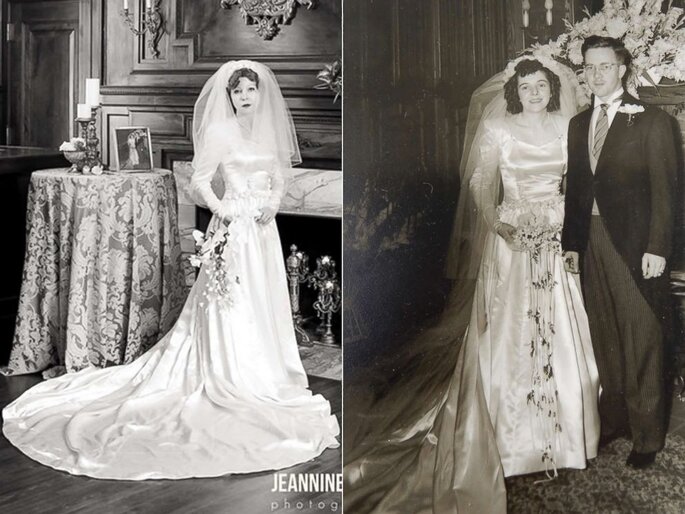 It was the first time that Pohl had seen something like this in her whole career: “I think so many people these days just get rid of things and minimize and don’t hold onto these heirlooms for so long”, she explained. Luckily, there are people like Colleen who seek to preserve the past so that generations to come will be able to understand and respect their family history.

Arguably the most special of all were those which recreated her great-grandmother’s wedding scene. Although she didn’t know her great-grandmother Mary, Colleen knew that they still had a special connection: “My hobby is costuming and she was a seamstress so it was a cool way to connect with her”, she said. “I could look at the dress and picture her sewing each stitch. I’m amazed she made it herself.” 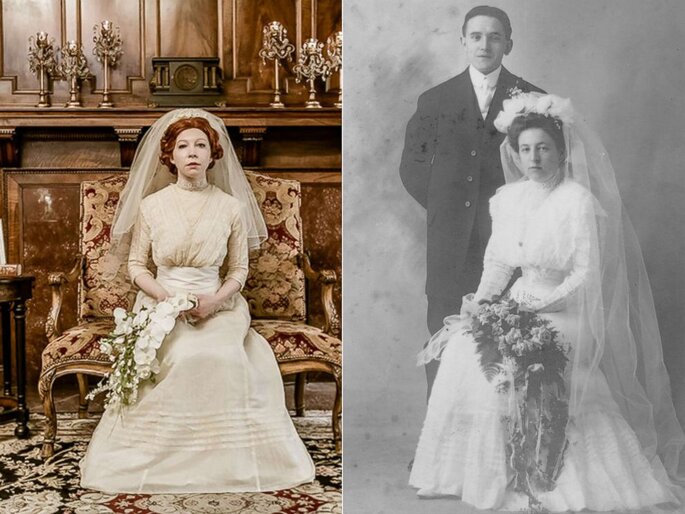 Colleen Dejno/Mary, Colleen’s great-grandmother, with her husband in 1910. Photo: Jeannine Marie Photography|Patricia Cotter
Furthermore, Colleen’s mother stated: “Seeing her in my dress was the most amazing in a way because she looks a lot like me, other than the red hair, and I could really see it when she had the same hairdo and my dress.” She affirmed that seeing her daughter in her wedding dress was like an incredible journey into the past. On the other hand, Patricia said it was also a little strange for to see her daughter in her mother’s dress because it looked just like her mother but with a different groom, due to the similarities between the two brides.
save 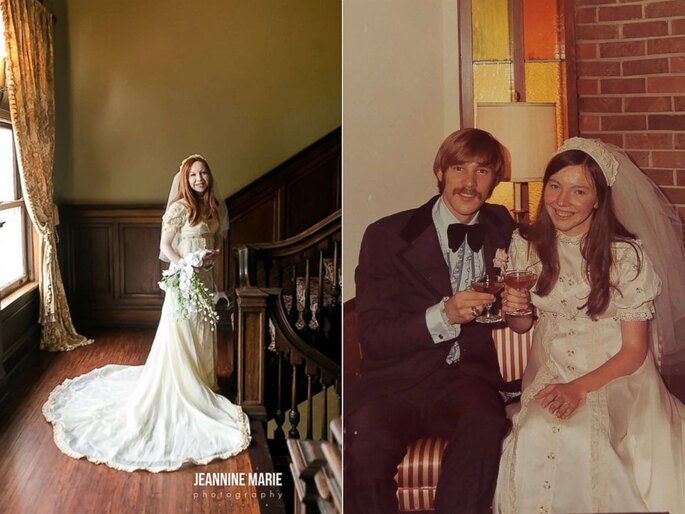 But that’s not all. The young bride continued to delve into the family history, but this time it was her fiancé’s family. So she asked to borrow her future mother-in-law’s dress and had a few photographs taken whilst wearing it, and her fiancé even joined in! 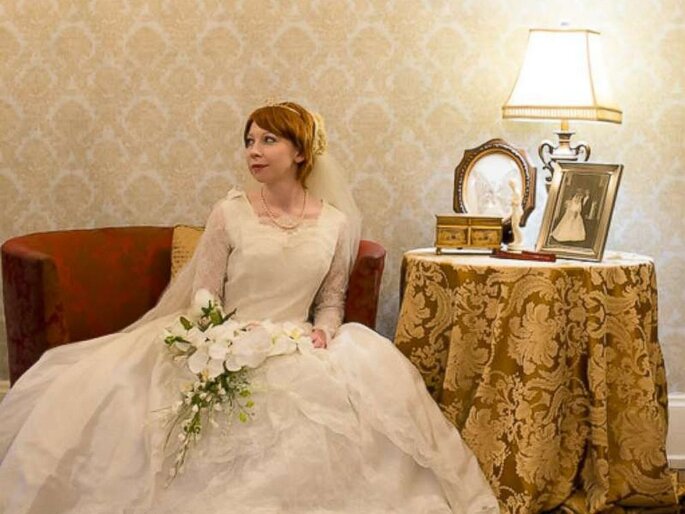 If you had an opportunity like this, would you make the most of it? The past is there to be respected, but also to play with and to honour. Don’t let it slip away!